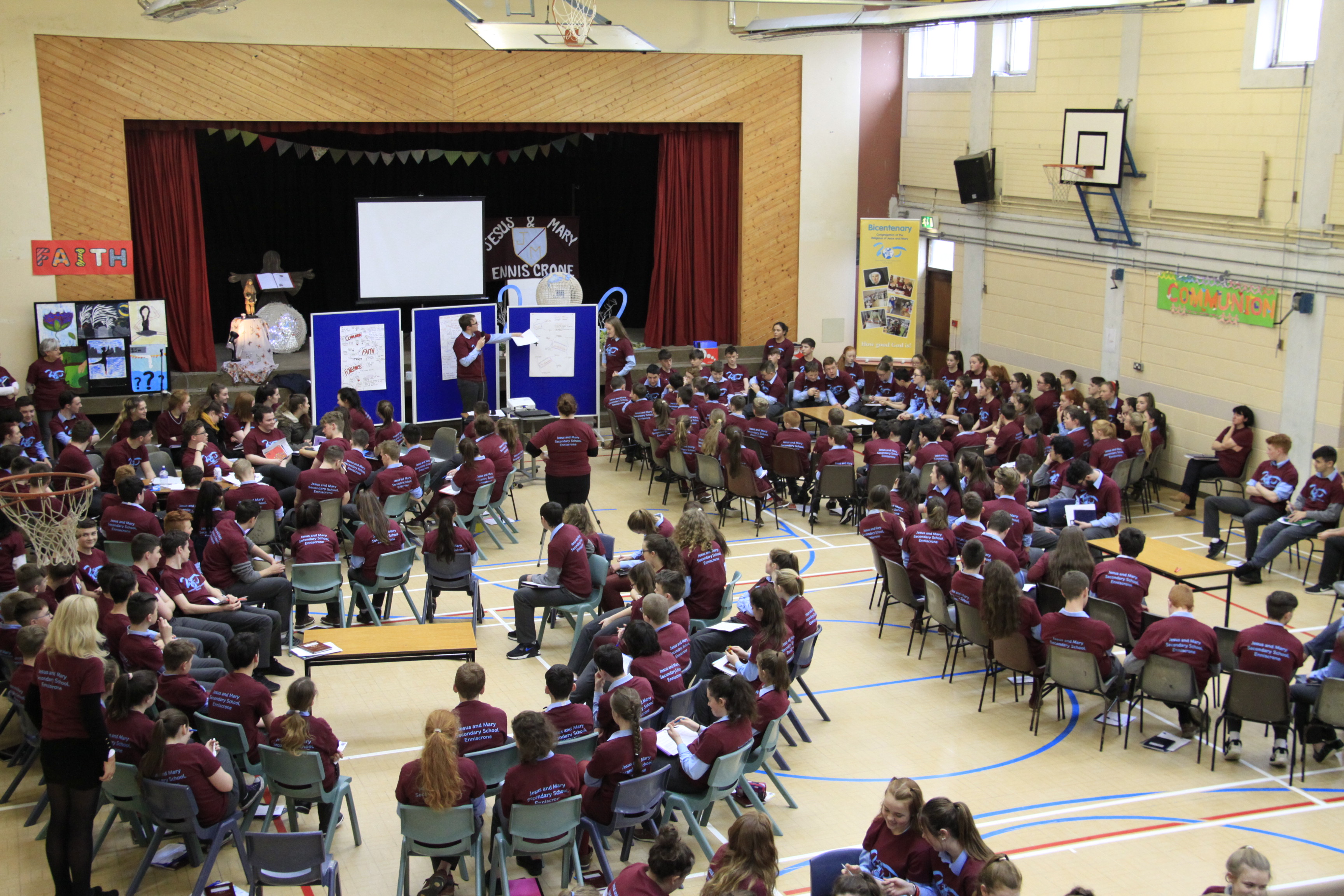 The day began with all staff and students meeting in the Hall to be introduced to the work for the day.  Students sat with their class tutors in year groups, in circles in the Hall.  On the stage was a sacred space, which included the statue of St. Claudine and the 200 logo, with the school banner and candles.  Sr. Mary, Principal welcomed everyone and reminded them of the Mass in Knock  Basilica on October 6th,  celebrating the opening of the Bicentenary.  Photos from that day were displayed on a big screen.

Each person in the hall received a working document to enable them to reflect on the three themes: Faith, Forgiveness and Communion and to answer the two questions: What has RJM to offer to our world today? If St. Claudine was alive what would be her mission today?  Teachers had done some preparatory work with the students in class, using the document that had come from the Bicentenary Commission.  They had worked in several media: poetry, art, music, film and story to explore the themes and what they meant to our young people today.  We watched a number of those films created by the students as they reflected on faith, forgiveness and communion.

After this, students proceeded in year groups to designated classrooms to continued the workshop.  Two fifth year students were assigned to each group to record verbally and visually the findings of each group.  There was great discussion, interaction and engagement by students and teachers.  At the appointed time all returned to the hall and posted their posters on screens for all to see.  Dr. Clarke the Art teacher called on the fifith year students to make their reports.  Sr. Mary welcomed Sr. Eileen Jones and Sr. Bernadette Hallinan from the local RJM community who had joined us at this stage and would also join us for lunch in the canteen afterwards.  Sr. Mary thanked Ms McTernan who had sourced lovely T-shirts with school name and bicentenary logo and which were worn by all staff and students on the day.

The reports given by the students were a testimony to how seriously they had entered into the workshop and were prepared to reflect deeply on the meaning of faith, forgiveness and communion in their lives today.  It was heartening to hear young men and women speak about the need for faith in a Higher Power, God who can guide them in their lives today.  That this faith can sustain them in their bad days and give joy to them in the good.  We recited the prayer of the bicentenary together to end the workshop. 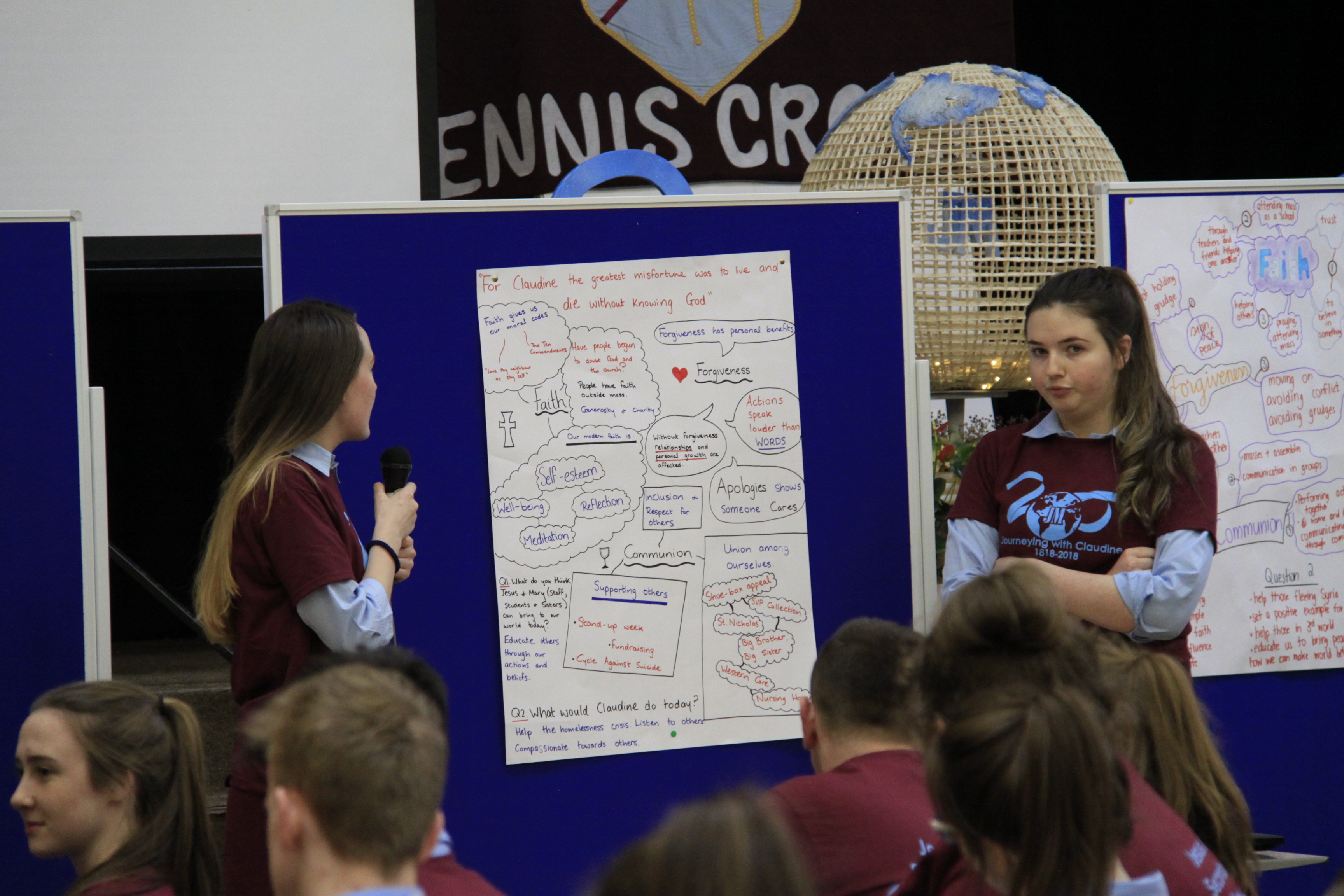 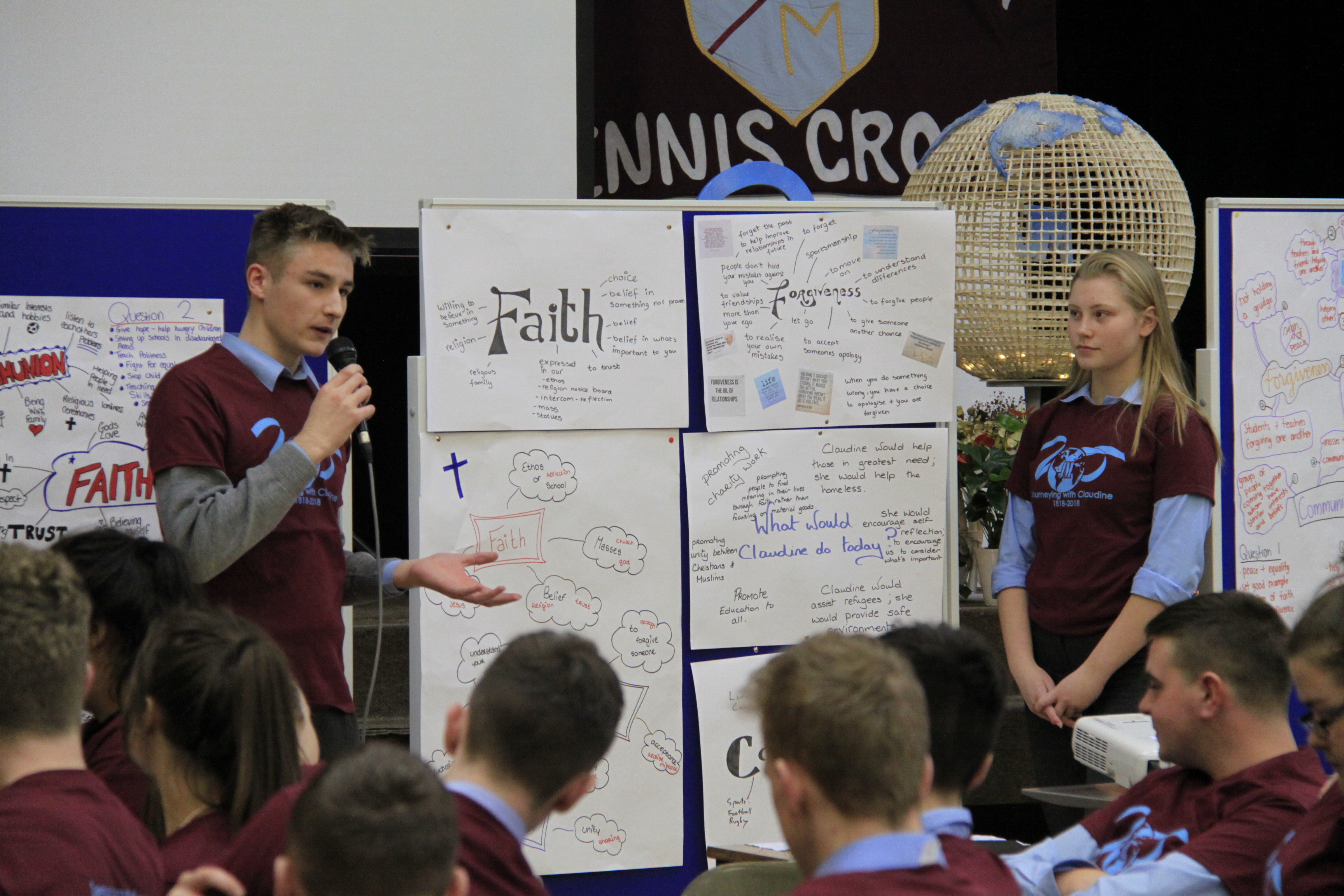