A celebration of  » Lagacy of Love » at CJM Delhi, India 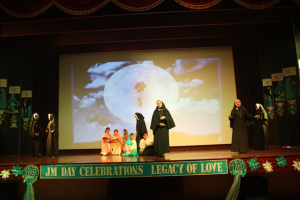 We celebrated the joy of being part of the JM family on 13th November 2017. The day began with the Holy Eucharist, celebrated by Most. Rev.  Anil J.T. Couto, Archbishop of Delhi, along with the three concelebrants, at the Sacred Heart Cathedral. The Mass was attended by students, teachers, the O.S.A, Khrist Raja staff and students and P.T.A. 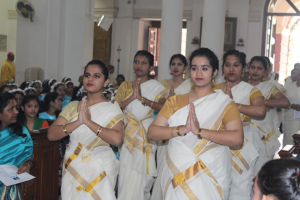 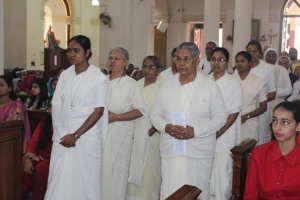 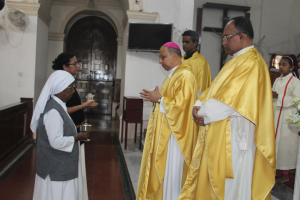 Everyone proceeded to the Claudine Hall after the beautiful Mass. The dance drama titled “Legacy of Love” depicted the history of the Congregation which began in 1774 in France with the birth of Mother Foundress, St. Claudine. It traced the arduous journey and struggles of the six pioneers who reached Agra on 13th November in 1842. The dances, songs and dramatisation was well appreciated by everyone. A sumptuous spread was laid out for everyone in the gymnasium. Benefactors, ex-teachers, P.T.A, C.J.M and Khrist Raja staff were invited for the lunch. Pens and Calendars depicting various activities of the Congregation around the world were given as souvenirs to all. It was a memorable day for the JM family. 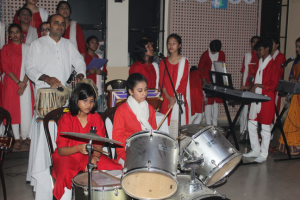 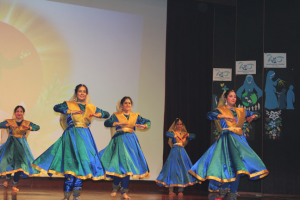 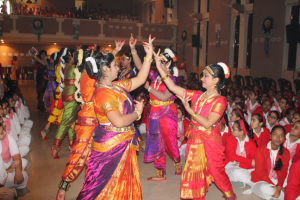 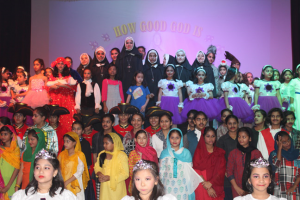